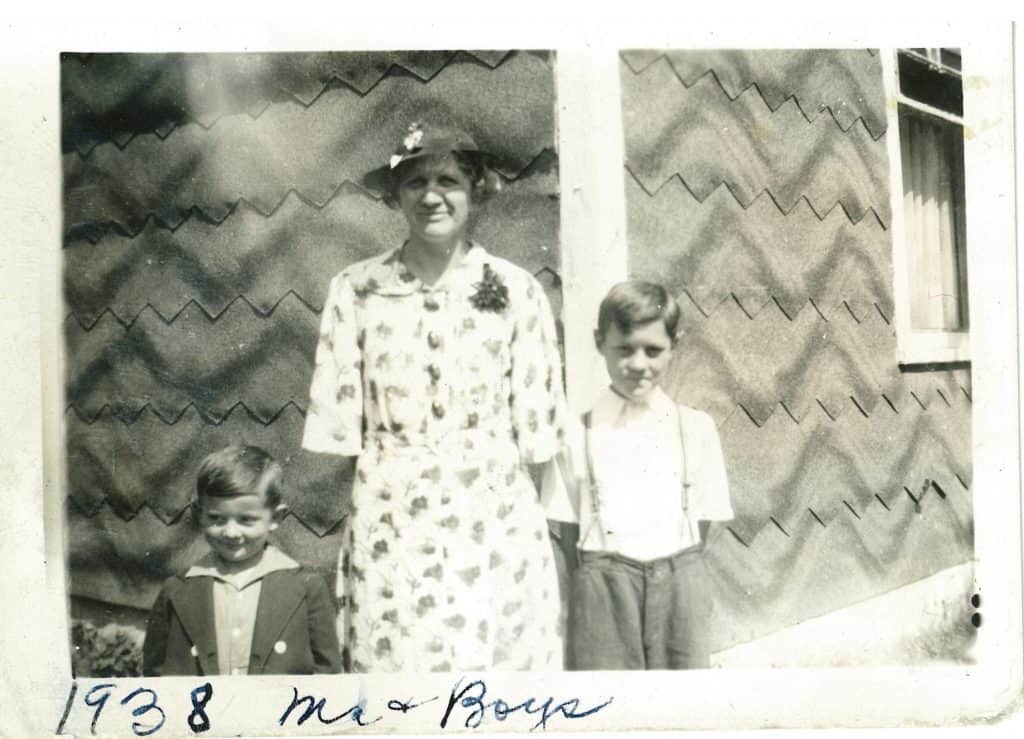 In the beginning, there were 100 acres on this bluff purchased by a gentleman with the last name of Manney (likely William G. Manney, one of Egg Harbor’s earliest settlers).  He divided the acreage up with his children and one of the children was given our particular lot and apparently built this house.

Giz Herbst, Egg Harbor’s town historian (and my Dad’s Sturgeon Bay high school classmate),  did a bit of research and determined that the home was built in 1898. (Giz owns Yore Place just down the road, a gallery where he displays his watercolors.  Stop in for a visit and a look, if you’d like.)

Back to Gus:  So one of the Manney children owned it before Gus’s parents lived here. Gus thought it would probably have been purchased by his parents, Rose and Gustav Abrahamson, between 1925 and 1930.  Gustav Abrahamson drowned at the Egg Harbor pier in the early 1940’s and Rose sold the home in 1946 for $2000. 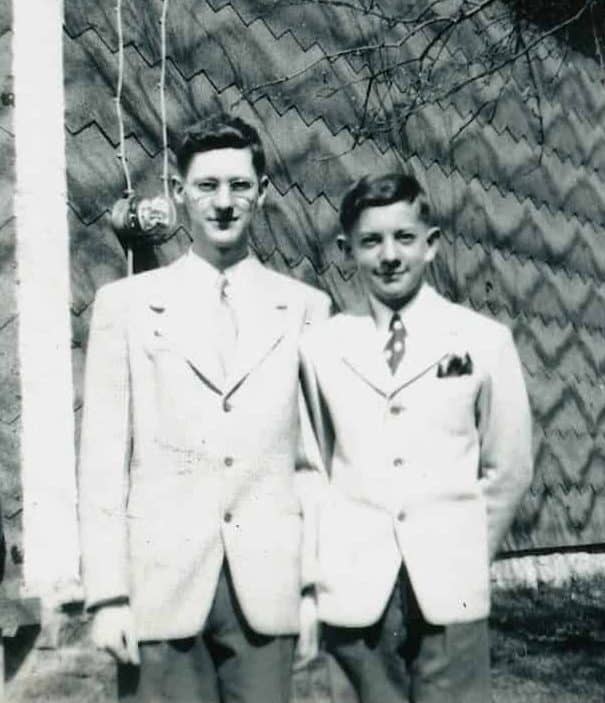 Gus supplied us with some photos from his childhood here at the cottage.  You can see him with his younger brother, Gordon, in the photos.

Gus passed away in 2019 and hosted a magically magnificent funeral – basically, a going-away concert. You can find his tombstone in the Egg Harbor cemetary, on HWY 42 on your right as you enter town.  His is the stone featuring cats and a piano – his two great loves.

If you’d like to learn more about Egg Harbor and Door County History, here are a few links to explore: